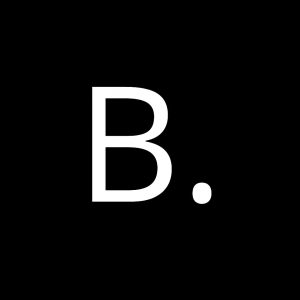 Brian Bosire is a Kenyan innovator, thinker, and entrepreneur with focus on emerging technologies in Big Data, Internet of Things (IoT) and Artificial Intelligence and applying them to solve the biggest challenges in Africa. He is interested in the most pressing challenges within Africa; with particular focus on Agriculture, Food security, Water and Sanitation.

At the age of 19, Brian developed a technology that reads soil to inform smallholder farmers, with little access to knowledge, to better utilize resources like fertilizer and water.

He is the Founder and CEO of UjuziKilimo, an agricultural technology company bringing precision farming technology to small-holder farmers to produce more from their farms to curb hunger and food insecurity challenge affecting over 1 billion people globally. UjuziKilimo provides technologies that modernize African farming to help small-scale farmers practice precision farming and access quality actionable agricultural information for improved productivity. He is driven by the passion to introduce African-made technologies to farmers and reducing hunger, increase access to water and food security across the African continent.

Brian is also the Founder & CEO of Hydrologistics Africa (HydroIQ), the world's first virtual water network operator improving access, utility distribution and consumption of water using sensors and data analytics.
In 2017, he founded Hydrologistics Africa because of their experiences growing in Kenya and living in the capital city , Nairobi. Like in most developing countries, water accounts for 11% of family income yet 3 or more days a week, water taps are dry.

He is a United Nations Young leader for SDGs and has won numerous global awards & recognitions for his contributions to digital technologies in Africa including Africa Pioneer in Agritech by Forbes, ASME ISHOW (2015), One Young world Ambassador (2018), Digital Capacity development by International Telecommunications Union (ITU) in 2018, Leaders in Innovation (LIF) Fellow at Royal academy of engineering and he serves in the World Bank youth Advisory group on solutions for youth employment (S4YE), Named in Vanity Fair global goals list – 2019 for championing for zero hunger. He is also a member of the Africa Europe foundation Strategic task force on Agriculture and food systems.

Mr. Bosire was born and raised in Kisii, Western Kenya.